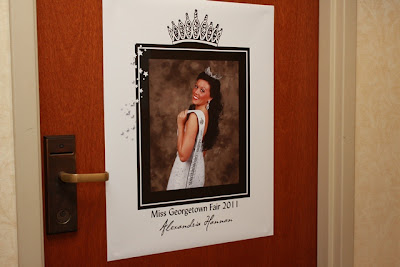 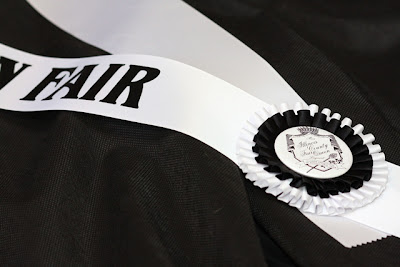 Queen Alex was among 70 fair queens from across Illinois to compete for the state title, and the contestants spent five days at the Crown Plaza for the pageant.  The big events are the preliminaries on Saturday and the finals on Sunday, but the contestants get there several days in advance for rehearsals and interviews. 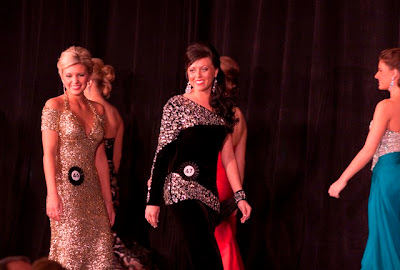 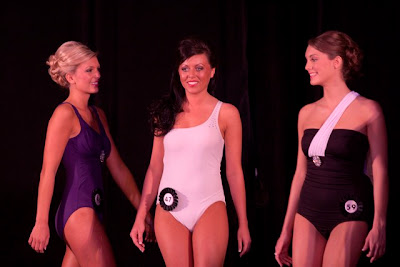 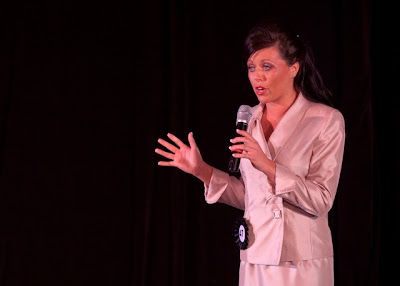 Contestants in the Miss Illinois County Fair Queen Pageant compete in private interview, on-stage speech, evening gown and swimsuit.  The top 15 finalist each answer a series of on-stage questions before the queen and runner-ups are announced. 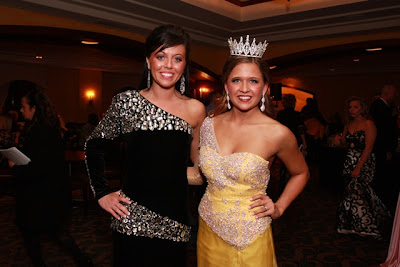 After the final competition and banquet there is a reception at the Crown Plaza.  Pictured above is Miss Georgetown Queen Alexandria with 2011 Miss Illinois County Fair Queen Jackie Driscol. 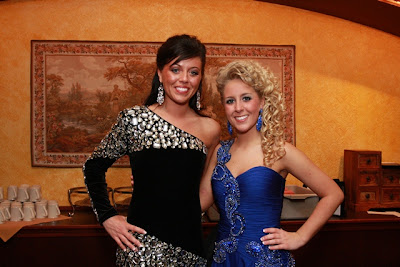 Miss Georgetown Queen Alexandria with Miss Edgar Jessica Richardson, who is Alex's neighboring queen just south of Georgetown.
Posted by Josh and Joe at 10:17 AM