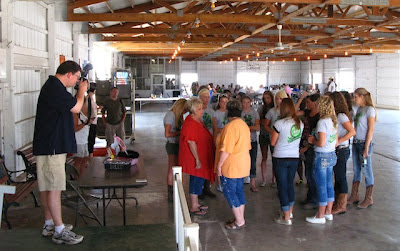 An experienced sports and special event photographer, Josh covered basketball games at over 100 high schools in Indiana during the transition to a multi-class state tournament and spent several seasons shooting the Anderson High School Indians at the historic Wigwam complex in Anderson, Indiana.  Josh lives and works in Indianapolis, Indiana.

See more of Josh's photography and pictures of the Georgetown Fair Queen right here at Josh and Joe Travels!