Lots of updates: check out the Key West and Photography Sections on our blog!

The Josh and Joe Travels team has been hard at work adding content to the blog!

Near the top of the blog website you should see several links.  One is called "Key West" and the second is called "Photography."  We have plans to add more special sections as the blog grows and these are the first two.

In the Key West section we've added some of our tips and advice about going to sunset and where to eat in Key West, Stock Island and Marathon.

Our photography section is growing fast and will be the place for tips, advice, and basic information on how we do our photography.  You will see many of our travel and event pictures featured on Josh and Joe Travels, so the photography section will give you a behind the scenes look at not only the technical side of shooting, but also how we plan our coverage at big events.

Lots of good stuff coming at Josh and Joe Travels.  Happy Spring!
Posted by Josh and Joe at 10:53 AM No comments:

"Love the skin you're in. Strive for your dreams and never give up on anything becasue you never know what's going to happen."

"We are enough. Every single woman has a soul and a mind that is beautiful and mysterious and powerful because it belongs soley to her. It is our character, our beliefs, our oddities and quirks, pet peeves and passions that define us...not the measure of our waistlines."

As a pageant director, there are few things as heartbreaking as knowing your titleholder has struggled with an eating disorder. It is the most heartbreaking, helpless feeling in the world to know the young woman you love, the woman who absolutely means the world to you, doesn't always see beauty when she looks in the mirror.

Earlier this month, Dr. Susan Albers wrote an open letter to Dominque Ramirez on Psychology Today. Dr. Albers wrote "In a 2003 study published in the journal of Eating and Weight Disorders, researchers reported that over one-fourth (26%) of the women in a beauty pageant had been told or perceived they had an eating disorder which reportedly began at 16.25 years. Amost half (48.5%) reported wanting to be thinner and 57% were trying to lose weight."

And if that isn't heartbreaking enough, Albers went on to say, "In another study of pageant winners from 1923-2002, researchers at Rutgers University found that only 23% of pageant winners had a 'normal' body mass index (BMI), 26% were so thin they met the World Health Organization's criteria for being undernourished and two would have been classified by the American Psychiatric Association as anorexic."

Dominique Ramirez is quoted in our post title this time. She said "Love the skin you're in. Strive for your dreams and never give up on anything becasue you never know what's going to happen."

We don't think we can ever put into words the love we feel for our titleholders. We love our titleholders like daughters, and our world begins and ends with the look in their eyes when they are happy.

This problem our beloved titleholders and contestants are facing is so heartbreaking. And we don't have a quick answer.

These women are so important to us. They are everything that matters.
Posted by Josh and Joe at 5:34 AM No comments:

33 albums later: our version of 27 dresses

So this weekend we actually counted.  We counted the number of photo albums we gave away during calendar year 2010 in the course of our volunteer work with pageants.  In the process of preparing and updating our annual reports, sometimes we stumble upon a number that might actually mean something.

We gave away thirty-three albums and photo books during 2010.  We spent a lot of time planning and assembling the books.  We gave away quite a few custom 6x6 and 8x8 photo books, and it comes as no surprise that about half were our favorite Kolo noci and capri brag books filled with carefully selected prints.  These thirty-three albums are our own version of 27 dresses, that is if they were all in one place.

And that 33 doesn't include the copies we made for ourselves.  Those books are incredibly special keepsakes, along with a few treasured items from a very special time in our lives.

We've already made a few this year to give away, and we are underway with a few more.  As Josh and Joe travels, so do the albums.
Posted by Josh and Joe at 7:35 AM No comments: 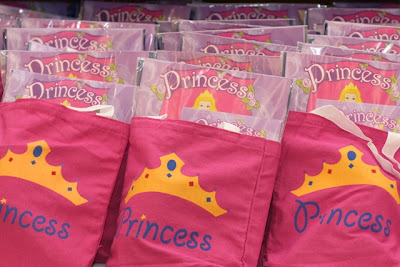 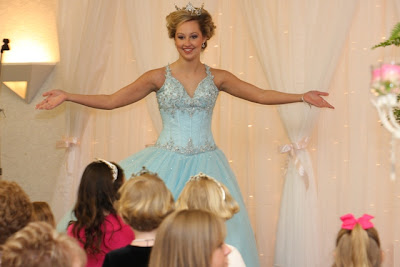 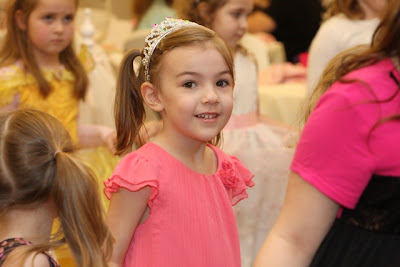 On Saturday, March 13th we traveled to Georgetown, Illinois, to spend the day with our friends at the Georgetown Fair.  Queen directors Karen and Jill put on their very first princess luncheon and we were invited to do the pictures.  You can check out one of our earlier posts to see when we went over to help do marketing pictures to promote the event.  We hope those marketing pictures might have helped, because we hear the princess luncheon was in high demand and sold out 200 tickets in about a week.

The Miss Georgetown princess program was, by far, the very best princess program we've very experienced.  It is even better than the princess camp we see at a national pageant program and much better than what we are used to seeing at state pageants.  Those other pageants do good work and give their girls an amazing experience, but what Karen and Jill pulled off for Miss Georgetown was truly incredible.

With the help of a dedicated fair board and lots of volunteers, they transformed the fairgrounds banquet hall into a princess wonderland.  There were dozens of tables with white linen tablecloths and real china dishes with plated meals for each and every princess and parents.  Queen Danielle sat in front of a castle backdrop and every princess got a picture printed before leaving the event.  Danielle read a storybook, led a princess dance and gave away lots of really cool gift baskets.  We will try to post lots of pictures from this event because we can't even begin to describe it - it was simply the most grand princess event we have seen at any pageant at any level.

So a big thank you to Queen Danielle, directors Karen and Jill and all of our friends at Miss Georgetown who let us be part of this amazing event.  And another big thank you for treating us to a fine meal with great friends at the Possum Trot.
Posted by Josh and Joe at 11:21 AM No comments: