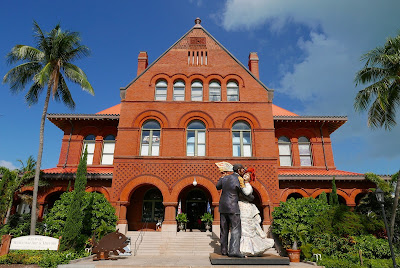 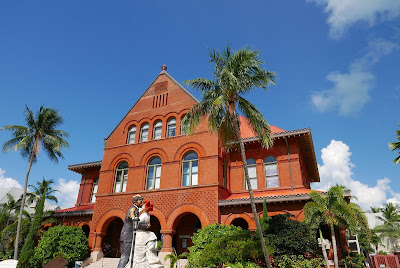 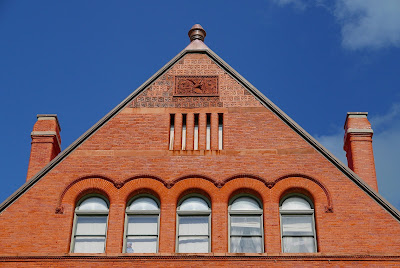 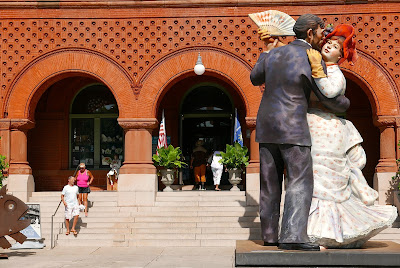 The historic Key West Custom House is one of the first buildings you see in Key West if you come in to port on a cruise, and it is the centerpiece of the seaport at Mallory Square. The Custom House was put up in the late 1800's and today it is one of the most popular historic sites on the island. Currently home to the Key West Art and Historical Society, you can tour the museum just about any day but Christmas for a small fee. The Custom House is one of Joe's favorite buildings in Key West and he has some pretty wild stories about his adventures there as a young Conch. One of the new additions to the Custom House is Robert the doll peaking out the window. If you've watched many shows about haunted places or follow any ghost hunters you might have heard about Robert the doll, but if you haven't just hook up with one of the haunted history tours in Key West on your next visit. So take a look at these pictures and the next time you are in the Keys try to find the same angles of the building by standing right in the same spot as Josh and Joe Travels!
Posted by Josh and Joe at 3:14 PM 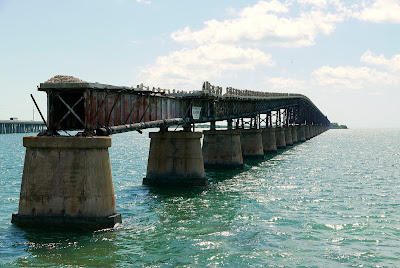 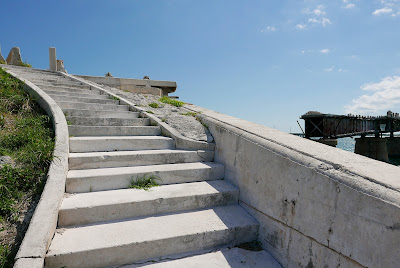 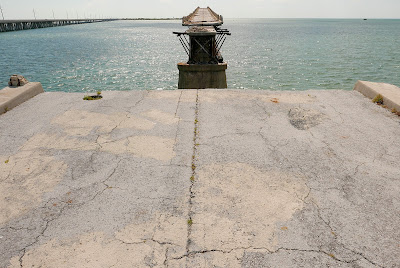 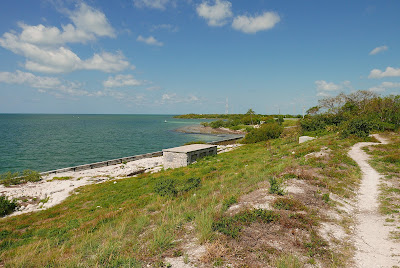 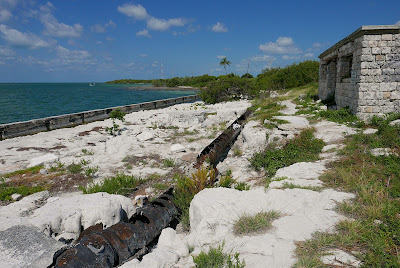 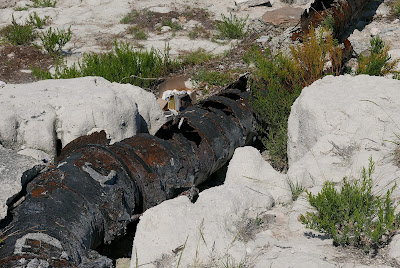 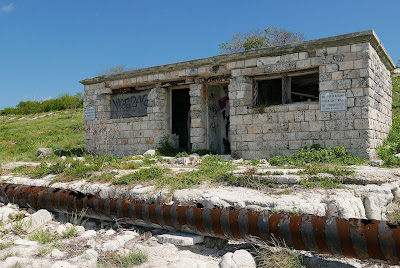 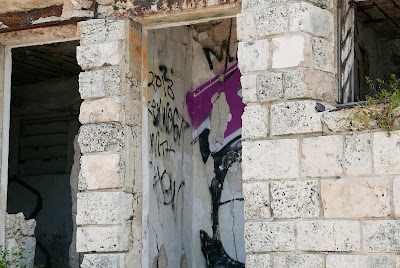 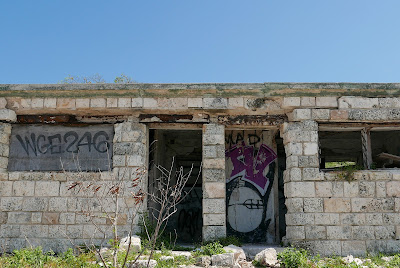 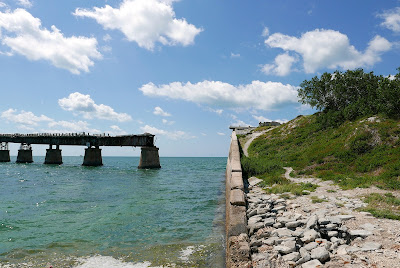 The Florida Keys are connected to the mainland by a series of bridges, and the original bridges were part of Flagler's railway project in the early 1900's. You can find references to the old railway all over the Keys, especially when driving on Flagler in Key West, or anytime you see one of the Conch tour trains roll by in old town.

Old Bahia Honda bridge still stands today, and you might notice it's the old Bahia Honda bridge in the masthead photo at the top of our blog. The current modern bridge was built around 1980, but the old bridge was put up 100 years ago when Henry Flagler brought rails down the Keys from Miami. Old Bahia Honda is probably one of the most iconic pieces of the overseas highway, so you'll see it in lots of photographs. You can walk out on a short section of the bridge if you visit Bahia Honda State Park on the north end of the bridge, or you an get a look at the disconnected span from the south end where there is a pathway and sidewalk that takes you down to the base of the modern bridge.

We often stop at the south end of the Bahia Honda bridge where Joe likes to hunt for shells and other things that wash up on the shore, but if you don't stop and walk down to the shoreline you might never see the old restroom building and exposed water pipes from the days of old route 1 before the modern bridges. If the old bridges peak your curiosity we suggest stopping at Old Seven and at Old Bahia Honda, where you'll see a few things in common from the old overseas highway. And be sure to wave if you happen to see Josh and Joe Travels!
Posted by Josh and Joe at 7:54 AM 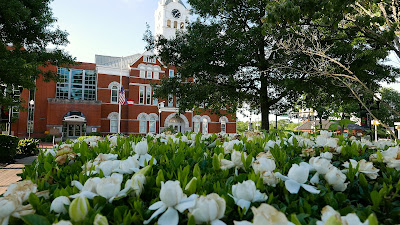 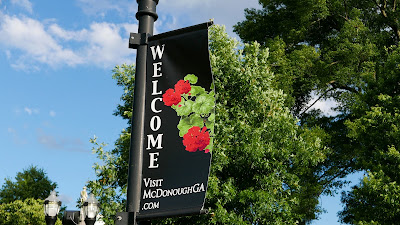 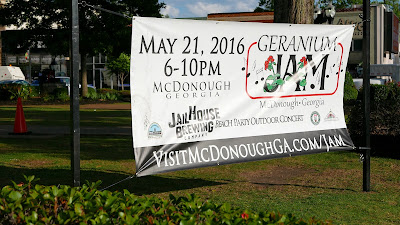 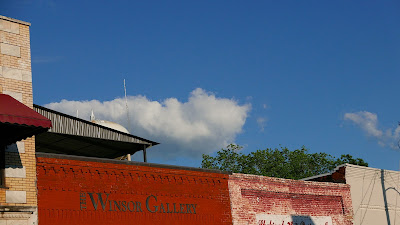 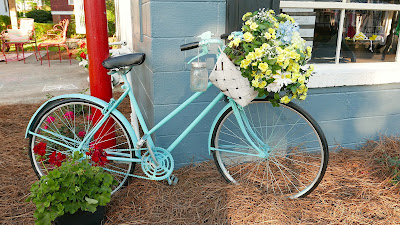 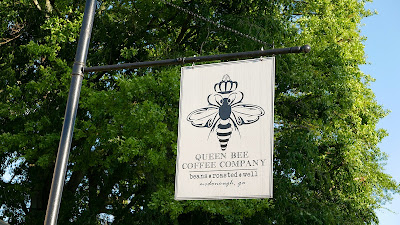 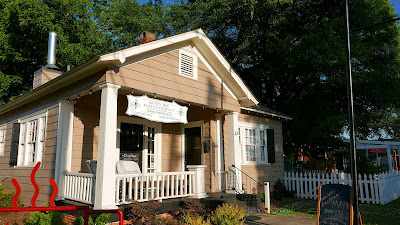 In between Florida and the midwest we find ourselves driving through Georgia a lot, and one of the places we tend to like to spend some extra time is McDonough. If you don't know you're way around Georgia, McDonough is just a few minutes south of Atlanta, and it's home to a quaint downtown square full of shops and restaurants. Downtown McDonough is a great place to walk around a stretch your legs after a day on the road, and while we love eating at O.B.'s BBQ just off interstate 75, you're sure to find a great place to eat on the square. We even found a great slice of apple pie for dessert, and we regularly happen upon special events and a lively crowd. We like McDonough a lot, and if you need extra directions when you stop just look for the downtown visitors center which is in an old classic filling station. And don't forget to wave if you happen to see Josh and Joe Travels!
Posted by Josh and Joe at 3:09 PM

Key West Sunset from Mallory Square in May 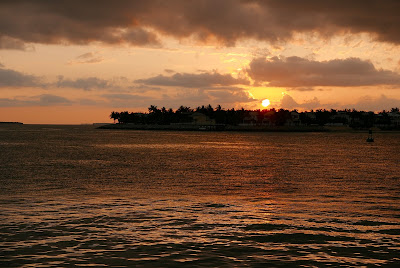 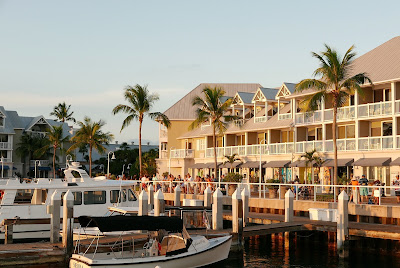 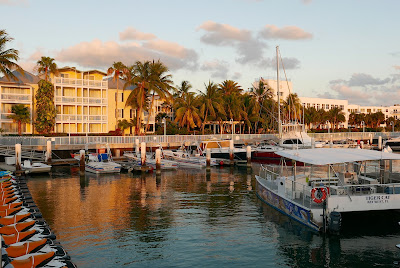 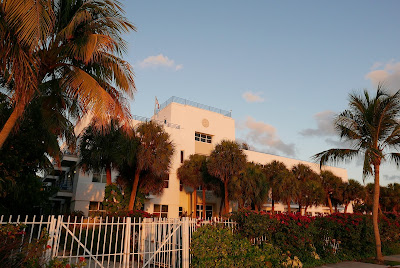 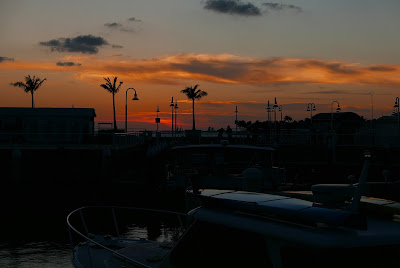 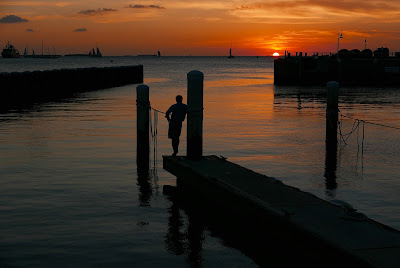 Most of our friends know how much we love watching sunset from White Street Pier in Key West, but you can't see the sun from White Street in the spring and summer. If you are visiting Key West for the first time, or if you just love to see all the people and street performers, a good spot to see sunset from in May is Mallory Square. To actually see the sunset you'll need to go down the pier one way or another from where most of the performers are set up, but with a little looking around you should be able to find a good spot like us. One of our tips for getting great pictures at sunset is to grab a few shots of the buildings and boats as they light up in the golden hour sun. We also suggest using the manual settings on your camera to help capture some great color by underexposing just a little, and be sure to use flash if you are taking pictures of friends and family with the sun setting in the background. We go to watch sunset just about every night, so if you happen to see us at Mallory or anywhere else on the island, be sure wave when you see Josh and Joe Travels!
Posted by Josh and Joe at 1:30 PM