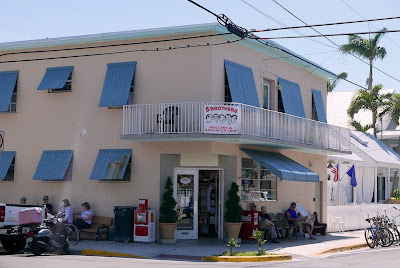 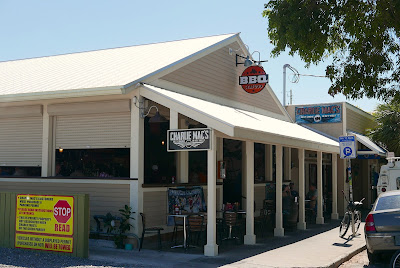 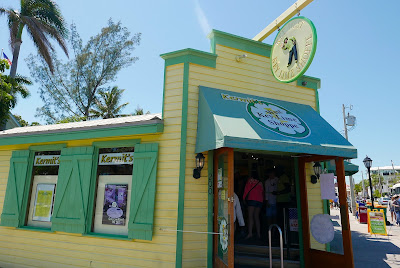 In Key West and the Florida Keys we tend to take good Key Lime Pie for granted - all you have to do is make a trip to the seaport area and stop into the Key Lime pie shop to get a slice. But in the midwest most restaurants tend to serve a really odd artificially green Key Lime pie, and that's also what you are most likely to find in the grocery freezer case. If you love Key Lime pie like Joe does, don't take the Key Lime pie shop for granted during your next trip to Key West.

Charile Macs on Greene Street just off Duval has become our top spot for good BBQ in Key West. The Florida Keys aren't exactly known for great BBQ so we are happy to have a reliable spot like Charlie Macs. Joe loves the ribs and taco Tuesday is a routine favorite.

Five Brothers has been one of our favorite spots for take out for years and years, and is where Josh prefers to get his Cuban mix sandwich (all the way no mayo please). Five Brothers is a regular spot for locals but you'll see a fair number of tourists hitting the place at lunchtime. And if you really need to find Josh and Joe, if you hang out here for about a week you are bound to see one of them walk in to pick up their lunch order. So the next time you are in Key West be sure to try one of our favorite places and take a little time to relax just like Josh and Joe Travels!
Posted by Josh and Joe at 11:14 AM 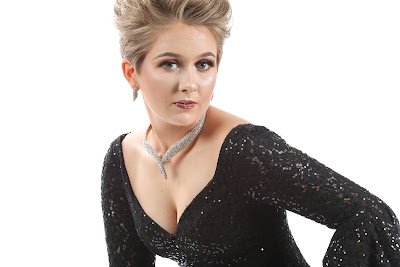 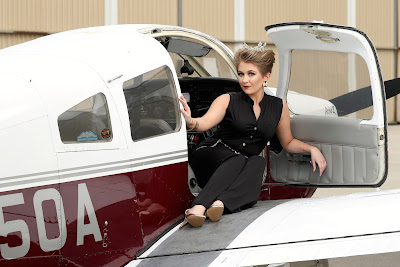 As the official photographers of the Georgetown Fair Queen in Illinois we do a lot of pictures with the fair queen, and some of the coolest pictures we do each year are for summer advertising and promotional purposes. These pictures are shot to illustrate the theme of the fair and the pageant, and you might see them in local papers, the pageant program and of course on social media and the official Georgetown Fair Queen Pageant website.

We did this photo session with 2017 Queen Heather Simpson back in April but we tend to not put them up on our blog until the Georgetown Fair Queen Pageant directors have started using them. By now you've probably seen a few new pictures of Heather turning up on the pageant website and a few other places, and we are excited to tell you that these are the pictures are a sneak peek from our spring session.

For those of you interested in a little behind the scenes, our spring session with Queen Heather was actually a combination of several locations plus a lot of time on the white seamless set that we built out at the fairgrounds. This literally took us an entire day, and we probably spent as much time driving and building out the white seamless set as we did actually shooting. We've really loved working with Heather Simpson because she works really hard with us on picture day to create these images. Its a rewarding, exhausting day for all of us so we are very excited when the pictures finally make it out into publication. For the photographers out there, we shot the white seamless stuff with six lights including four on the background and two up front that were the main and fill lights. The location stuff got done pretty simply with single light in a small octa.

We've loved all the pictures we've done with Heather, but as the summer gets going it will soon be time for another queen to be crowned in August. If you live in Illinois in the Georgetown area and would like to become a contestant or learn how to sponsor, visit the best fair queen pageant in Illinois online at the Georgetown Fair Queen official website. Things really get going for contestants the first week in July at the queen's tea and contestant orientation, and shortly after that we'll be doing contestant headshots. It's sure to be a busy summer so keep checking back right here for new pictures with Josh and Joe Travels!
Posted by Josh and Joe at 10:00 AM