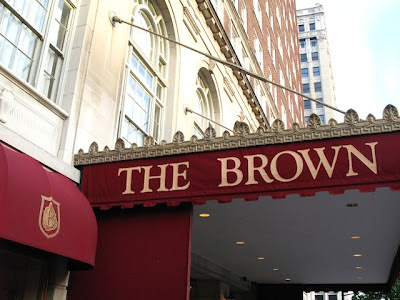 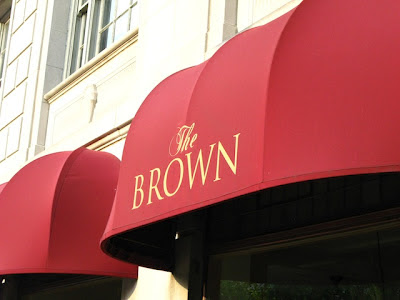 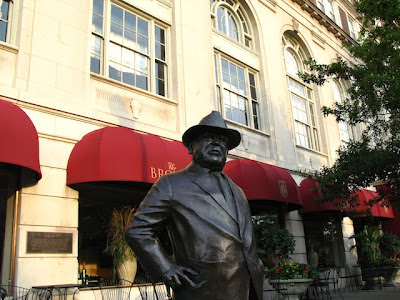 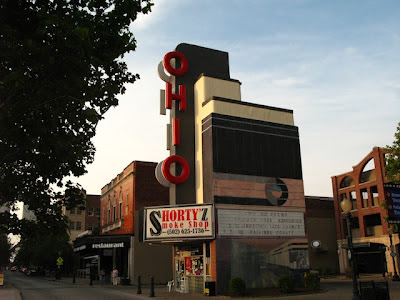 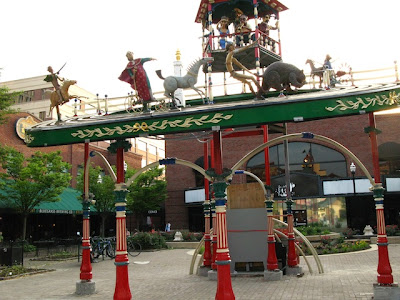 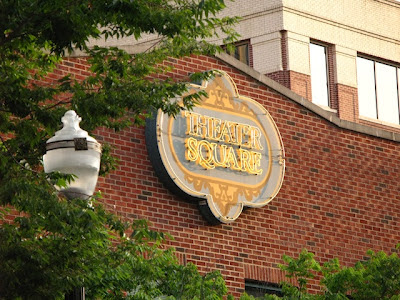 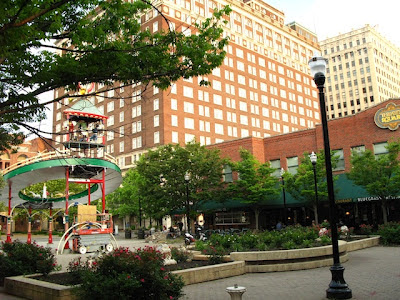 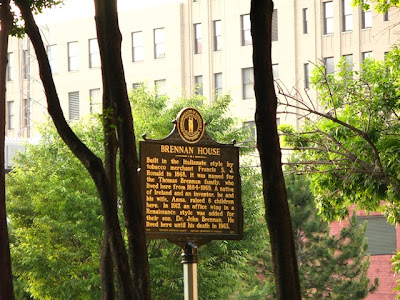 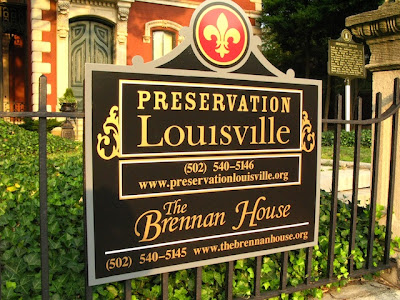 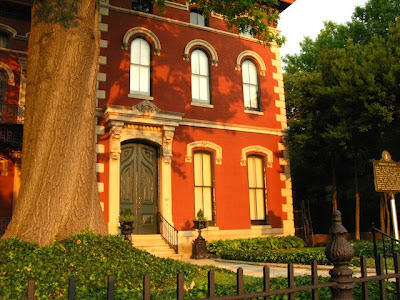 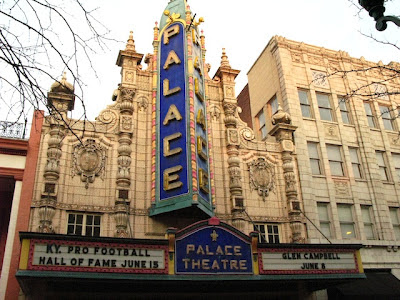 We love to travel, and we love to learn the history of the places we visit.  If you've ever searched online for a historic walking tour, you've probably noticed that lots of those historic tours are actually haunted history tours, which is a code name for ghost tour.  Even if you are not a ghost enthusiast, haunted history tours can be a great way to learn about a city because good ghost hunters do a lot of research.  If you go to enough ghost tours, and we've done about a half dozen so far in several different states, you'll quickly find out that the types of tours can vary a lot.  We think the best tours are often done by ghost hunters who are also history buffs, and many of them have even written books about their cities.

In Louisville we had a chance to go on a walking tour with Robert W. Parker of Louisville Ghost Walks. Robert is the author of two Haunted Louisville books, and if you don't bring enough cash to buy autographed copies during the tour, he says you can pick them up on Amazon or Barnes and Noble.  Our historic ghost tour of downtown Louisville started at the Brown Hotel.  Walking into the Brown Hotel was like taking a journey back in time, and you can see Mr. Brown's statue outside.  Robert told us how the hotel has preserved much of the original color scheme and has many original pieces of furniture from when it opened in the early 1900s.  The tour made several stops and ended at another historic hotel in downtown Louisville, the Seelbach.  Downtown Louisville has a lot of history and is loaded with lots of great old architecture like the Palace Theater, the Brown Hotel and the Seelbach, so if you love old river towns, go check it out when you have a chance.  And if you love the downtown nightlife, check out Fourth Street Live.
Posted by Josh and Joe at 7:11 AM No comments: 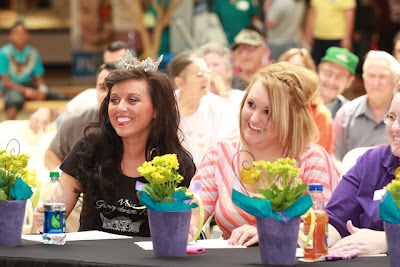 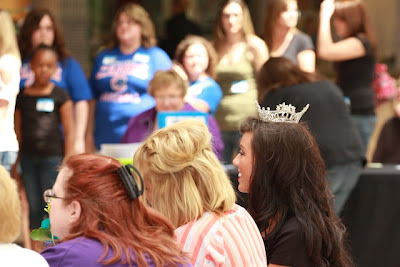 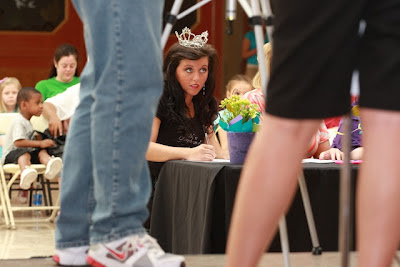 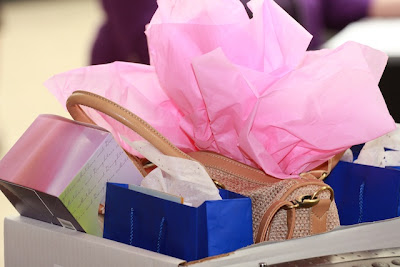 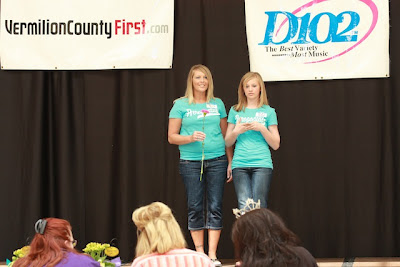 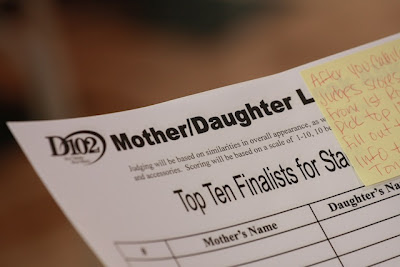 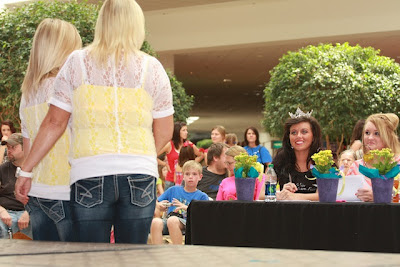 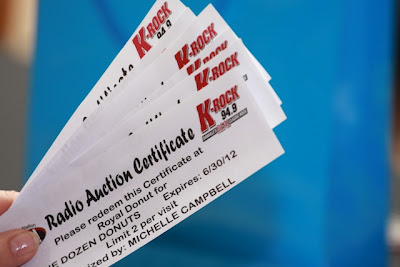 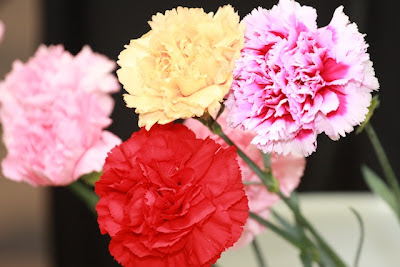 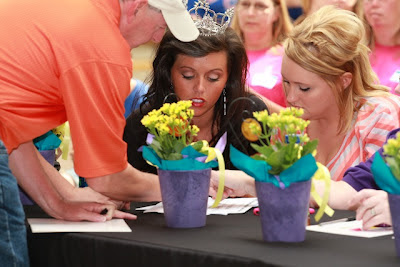 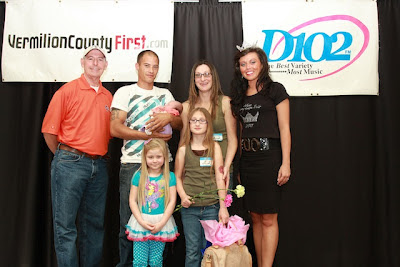 Miss Georgetown Fair Queen 2011 Alexandria Hannan spent the afternoon on May 12th in Danville serving as a celebrity judge for the D102 Mother Daughter Look-Alike Contest.  Queen Alex and the panel of judges first narrowed the field of thirty down to a top eleven, and then took a second look at each of the finalist before announcing the winners.

Queen Alex had a full day with us, getting a 9:00am start in downtown Danville to shoot promotional pictures.  Downtown Danville is full of incredible murals and architecture, and we can't wait to show you some of the pictures from our all-day marathon shoot.

Miss Georgetown has an exciting summer planned full of appearances and parades, so keep reading Josh and Joe Travels to see pictures of Queen Alex, leading up to the 2012 Miss Georgetown Fair Queen Pageant coming up in August.
Posted by Josh and Joe at 6:31 PM No comments: