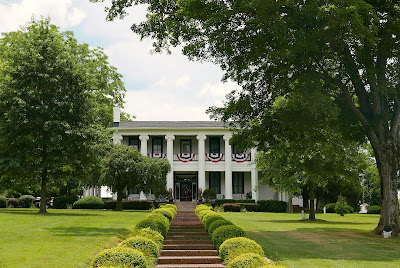 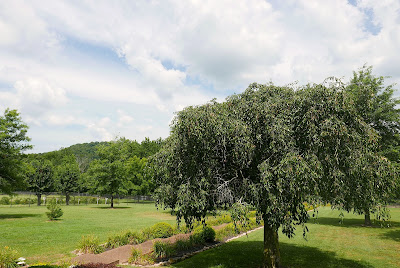 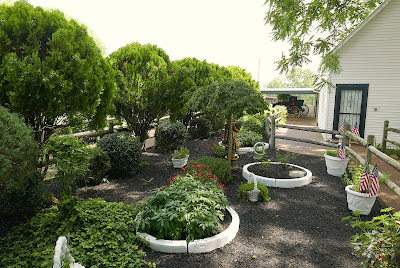 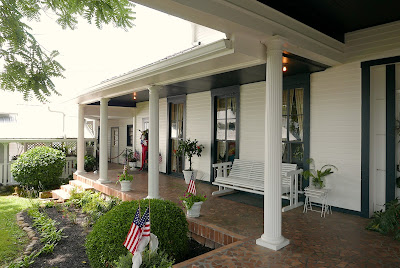 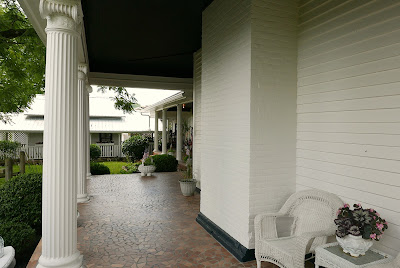 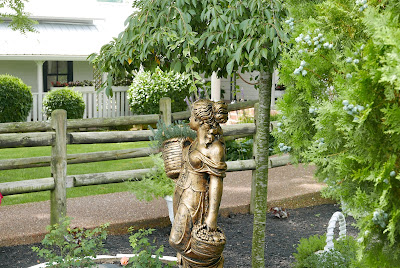 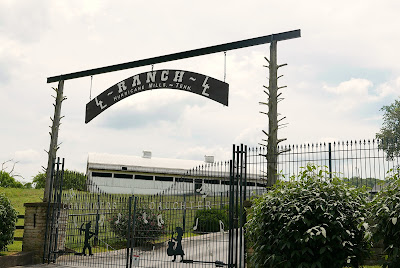 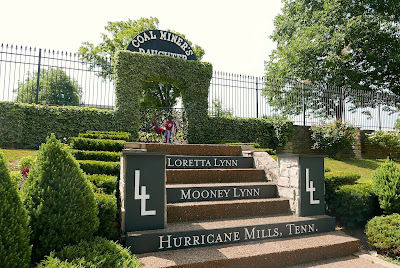 Loretta Lynn's ranch in Hurricane Mills has a lot going on, from the dirt track to the museum to the post office, there are people everywhere, but the biggest attraction at the ranch is Loretta Lynn's plantation home. Loretta, Mooney and the Lynn family moved to Hurricane Mills in the 1960's and lived in the plantation house for more than 20 years. Our tour guide told us Loretta moved into another house nearby on the ranch in the 1980's, and now the plantation house is open for tours.

Seeing the Lynn family home in person is really something special, and even though no pictures are allowed inside the house during the tour, its hard not to feel like Loretta isn't personally welcoming you into her home. We've watched videos of Loretta and her kids talk about their time in the plantation home, and its pretty neat that Loretta has kept everything in place just so her curious fans can come and take a look. And yes, it's special to see the actual kitchen where some of the Crisco commercials were filmed, and it's touching to see all the family portraits above the fireplace. We wished the tour had been a bit longer and we were super curious to see a little upstairs given all the ghost stories, but just seeing the first floor was really special.

The plantation home and property is filled with Civil War history, and Loretta herself has given interviews talking openly about the spirits she and her family feel might still be on the ranch. The Anderson family cemetery is nearby, and there are stories of spirits and ghosts that seem to move between the cemetery and the house. If this kind of thing peaks your interest, look around for video of ghost hunter television shows that have visited the house.


See more about our trip to Loretta Lynn's Ranch and Museum

We really enjoyed our visit to Loretta Lynn's ranch, and we hope our pictures convince you to make the trip from Nashville out to Hurricane Mills. For our tour of the plantation home we bought tickets at the mill and boarded a shuttle van that took us up the drive to the house. We can tell you how beautiful it is at the ranch, and how pretty the old plantation home is up on the hill, but if you want to see inside, you'll have to go there yourself just like Josh and Joe Travels!
Posted by Josh and Joe at 9:58 AM