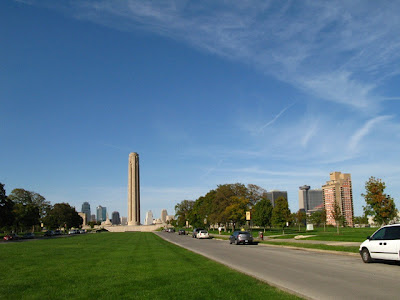 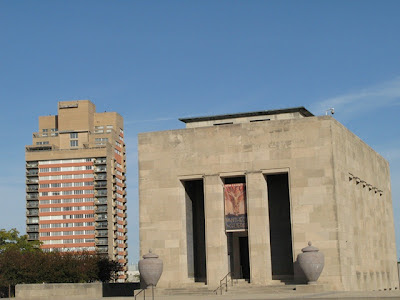 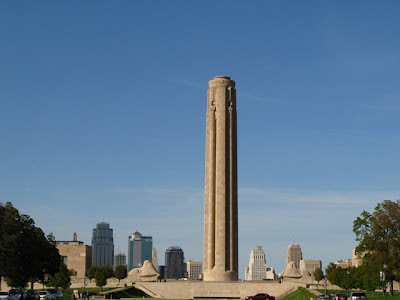 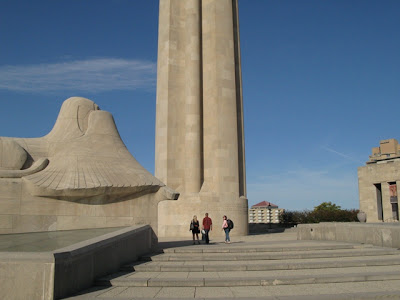 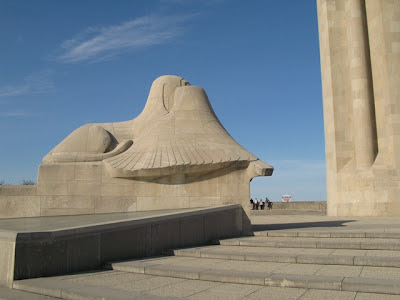 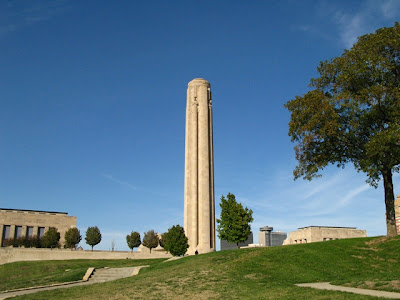 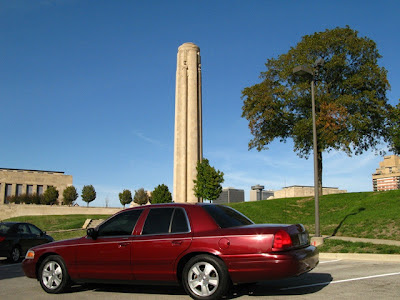 We love exploring the Crown Center area of Kansas City, and this fall we had a blast checking out the World War I Liberty Memorial.  The memorial is most recognizable by its 217 foot tower but there is a lot more to see and do on the grounds.  Liberty Memorial is home to the National World War I Museum, which was declared by Congress to be the official WWI museum in the United States.  While the original memorial and tower were dedicate in 1926 by U.S. President Calvin Coolidge, the museum  wasn't opened until 2006, the very same year Liberty Memorial was declared a national historic landmark.  Exhibits inside the museum include a tank and replica trenches so there is lots to see in the 32,000 square foot facility, and at only $14 for adults its a real bargain.

The National World War I Museum sits under the Liberty Memorial.  If you are in the Crown Center area or at Union Station in Kansas City, you'll see the Liberty Memorial tower sitting up on a hill and you'll just be able to make out tourist standing on the memorial plaza.  You'll need a good pair of binoculars to make out the people in the tower observation deck, but trust that those lucky people are enjoying an amazing view of Kansas City.  Liberty Memorial was designed in an Egyptian revival style and made from mostly limestone so it is truly incredible and on par with other national monuments you might see in Washington D.C.

When you go to Liberty Memorial, and this is another great stop if you have kids and are visiting Crown Center, enter on the memorial drive and park either on the drive or the nearby parking lot.  When we were at Liberty Memorial we noticed lots of people taking pictures.  Even two different professionals showed up with clients to do portraits on the memorial because of the great views of the Kansas City downtown skyline, so this is a perfect place to get some great pictures of your own.  Liberty Memorial is a really special place well worth a visit, and one of the best stops on the 2012 Kansas Road Trip for Josh and Joe Travels!
Posted by Josh and Joe at 10:33 AM