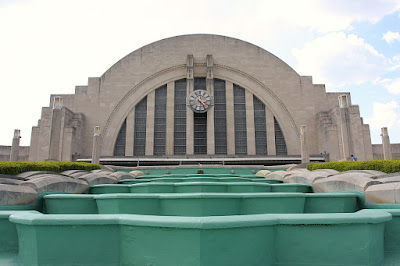 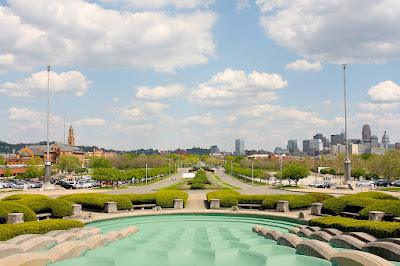 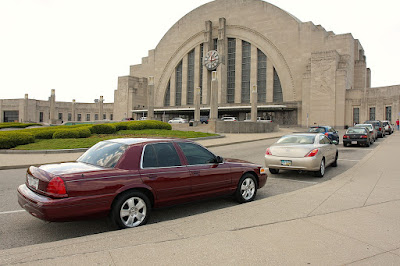 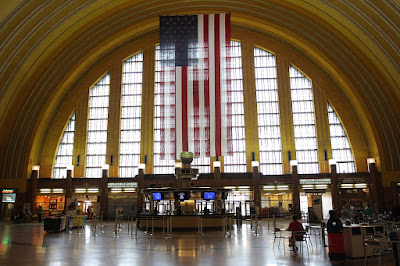 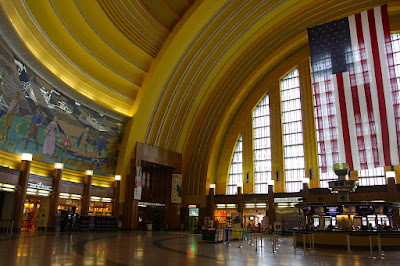 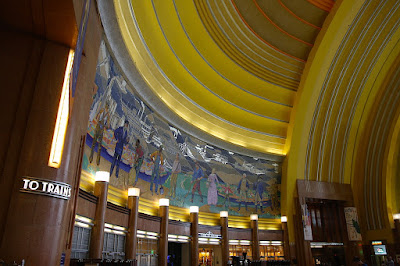 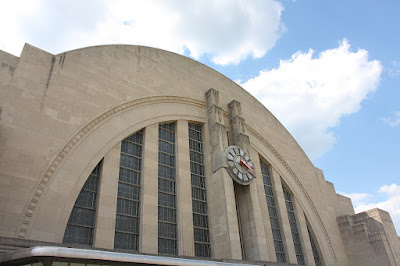 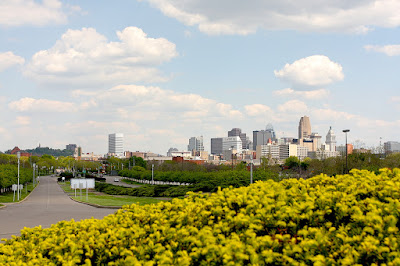 Cincinnati Union Terminal is incredible, and while it still serves as the city's hub for Amtrak, it also serves as the museum center. Cincinnati Museum Center at Union Terminal houses the history museum, children's museum, science museum and even an omnimax theater. Union Terminal is also home to the Cincinnati Library and Archives, so this is a spot with lots to see. Union Terminal's architecture features one of the largest half domes you're likely to ever see in the United States, plus the Rockwood ice cream parlor and Winold Reiss mosaics are impressive details. And while you're there, you'll notice a unique perspective on the city skyline. Opened in 1933, Union Terminal is one of the best examples of art deco style in the midwest, so be sure to drop by if you are in Cinci, just like Josh and Joe Travels!
Posted by Josh and Joe at 6:32 AM