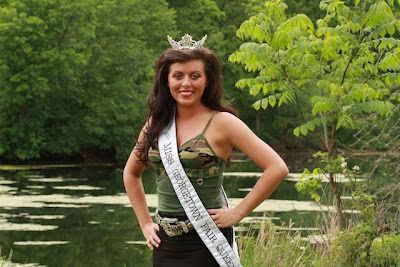 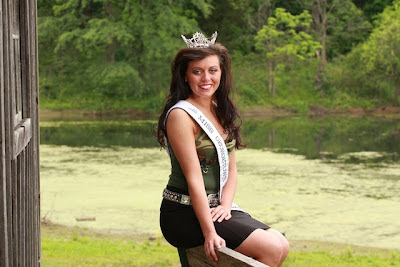 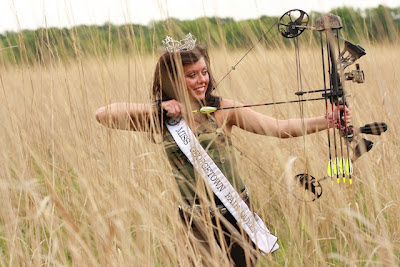 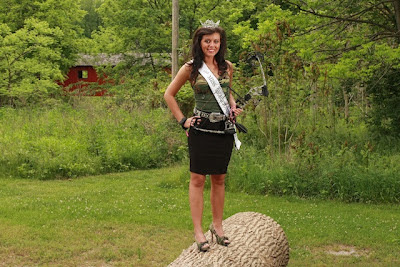 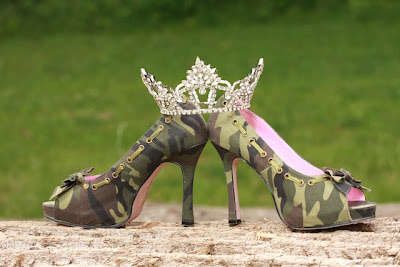 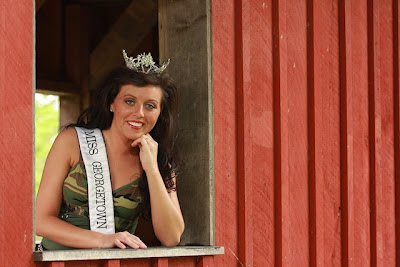 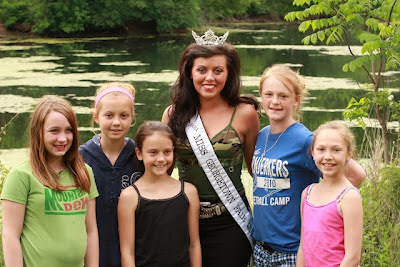 Back in May we spent a really fun day with 2011 Georgetown Fair Queen Alexandria Hannan and her directors, and now that many of you have seen Alex's camo portraits we thought we post a few more.  We actually met up with Queen Alex in the morning in downtown Danville for a quick shoot.  From there we went to lunch and then on to an appearance where Queen Alex was judging the D102 Mother Daughter Contest at the Danville mall.

After the appearance we went to Forest Glen Preserve which is one of Alex's favorite places for a few more pictures.  It was a marathon day of photography for us - we even had to stop at Walmart to buy more AA lithium batteries for our speedlites - but it was definitely worth it and we had lots of fun.  During the shoot we worked our new Lastolite Ezybox pretty hard, which came in especially handy for an unplanned stop in an old theater and when Joe had to boom a light on a monopod over a creek at Forest Glen.  We were proud to give Queen Alex a framed print of one of the shots from Forest Glen, and some of you might have seen it on display at the Queen's Tea and Contestant Orientation.